Posted on November 11, 2012 by TravelTheatrics

I’m never drinking again. I’m serious. Ok well, I’m not actually serious but SERIOUSLY- I’m not drinking for at least a week. Truly. I swear. Otherwise I am REALLY afraid I will have this headache, hangover shakes and haggard stomach for the rest of my life. Suffice it to say…its been a crazy couple of days…

They took place, of course, in the Thai islands- where else does drinking count as two out of three meals a day? It started in Koh Tao- which was LOVELY. Cute, Quaint, and lively the island was majestic yet buzzing with activity. Beaches, Boats, Bars- you name the activity and it was possible! We took part in Options 1 and 3, which of course utterly complemented each other- you go to a bar at night and what do you feel like doing all of the next day? Chilling at the beach. Exactly. 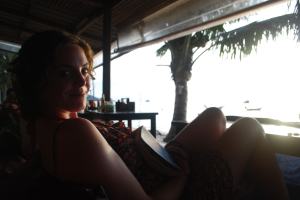 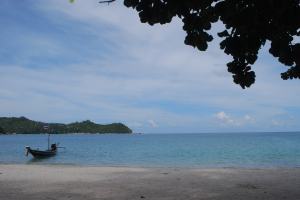 The parties were awesome- The best night I had there commenced with a ‘Lady Boy’ Cabaret show- a specialty on the island – which consisted of raucous musical numbers, glitzy costumes, sexy dance moves, terrible lip syncing, stuffed bras, extreme wigs, and overall a fabulously entertaining show. The best part? It culminated in male audience participation (some guys in the audience got up on stage, dressed up, and danced around) and a final flash dance. All in all- a fabulous show!

From there we went to the beach to party at Lotus Bar- fire throwers, free shots, dancing in the sand, and lightning intermittently illuminating the sky every three minutes made for a truly treasured evening, one during which I frequently stepped back to gaze around at my surroundings in order to fully appreciate the moment. 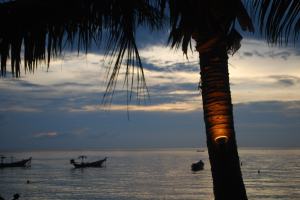 We headed to Koh Phangan next with the view of arriving a few nights before the Half Moon Party (we heard the parties leading up to THE party are actually the best nights- and we were right!) Surprisingly the island was quite dead (low season, full moon over) but we managed to find all the hidden backpackers that night- on the beach! Another crazy fun beach party, complete with dancing in sand and on tables, only to be broken up by some idiotic violent fighting between, who else, English and Irish boys (no offence I love you guys!) Bloody faces, death threats and too many punches later, we got the hell outta there.

The next day we emerged sleepy and sluggish from our beds slightly regretting the tour we booked, but which turned out to be AWESOME! A boat trip around the whole island was the perfect cure to our hangover, complete with swimming and snorkeling. We made some Italian friends on our tour that forced us to agree (well, forced is a strong word) to come to a pool party their hostel was throwing that night. 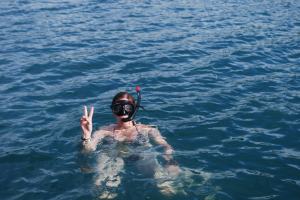 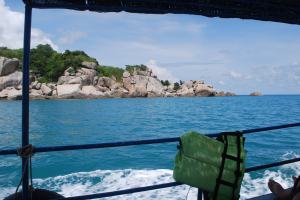 Night 2: Pool Party. On Koh Phangan. Douche bag boys and skanky girls galore. People pushing people into the pool, spilled drinks, body parts flashing, blindingly loud pop music- not my kind of thing. I did have a fun night however- watching the mayhem other people created. (The same guys who started the fighting the night before were there again- the only difference this time being the bandages on their heads).

The next day was spent in Lazy Bar, aptly named for our moods and its atmosphere. We stayed there from lunch to dinner, watched a total of three movies, and tried to recuperate enough for the big whammy that night: The Half Moon Party. 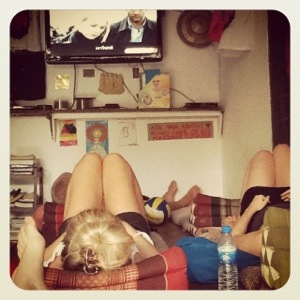 When we felt well enough we walked back to our hostel to find our fellow friends already on it. A hugely fun pre drink party ensued, with buckets and body paint- as you do! A Tuk Tuk Ride later- We had arrived! 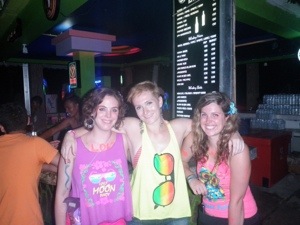 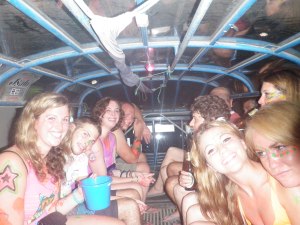 I won’t get into the details of the night- only to say it was hectic, impressive, overwhelming, psychedelic and a blast. A Rave in the middle of the Jungle with the attendees all glowing in the dark and dancing their asses of- that is the Half Moon. 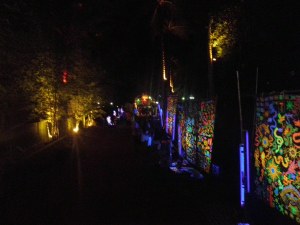 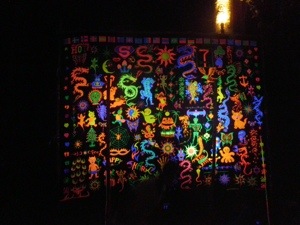 As is expected, we stumbled back to our hostel in the wake of daylight and spent most of the afternoon catching up on lost hours snoozing. Then it was back to Lazy Bar for an evening movie sesh, an early night, and a dawn ferry outta that joint! 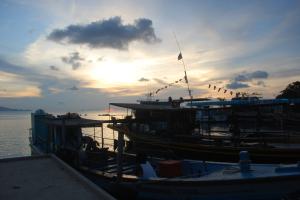 It was a crazy/fun/messy/beautiful week on the Thai islands- an experience which I would personally recommend, despite its flaws, but which certainly wouldn’t appeal to everyone. But hey- your only young once right! If you can’t do it now, when can you eh? 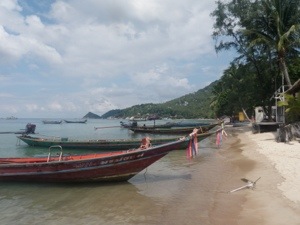 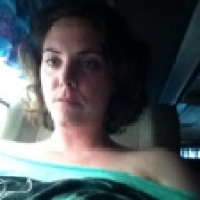